Still it's onwards and upwards... 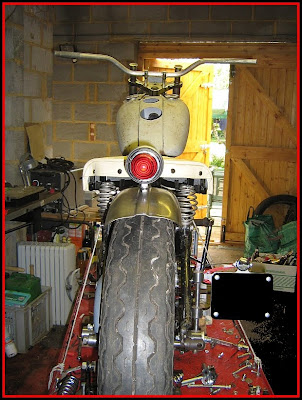 In spite of the adversities placed in the way by suppliers, things are moving again. As can be seen, the rear light is in position and not looking too gross, at least White Van Man on his mobile phone might be able to see it. Don't get me wrong, as mentioned elsewhere on here, I like small neat rear lights as much as any of us, but not quite as much as I dislike getting butt plugged at junctions. 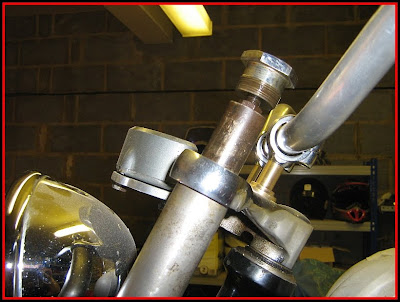 The legs that were in the forks were a pair bought some time ago and advertised at two inches over. Somewhere along the line they missed the plating and grinding stage of production. Although the bloke tried to say that they were fine - suppliers again - and will need chroming and grinding if they are to be used. Cost wise the plating came out at around the same price as a genuine pair of standard length Commando stanchions. The top uts were released to allow the forks to drop to a more standard like height, and the results are good. The engine fins are now back to a more horizontal plane which is always a bonus, and the whole bike takes on a more cobby look. So it'll be over to the Norvil site for a pair of standard lengthers this morning. 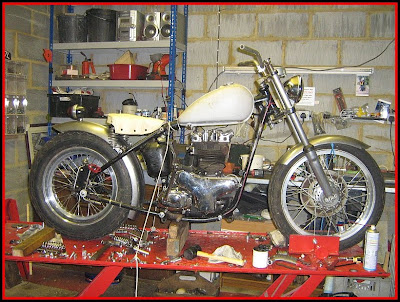 The font end is now out and stripped ready for various bits to be painted, plated and whatever. The next time they are together the forks will be finished.
Brought to you by ... Quaffmeister at 08:38