Not being able to get on the A7 motor build until I get up Johnny's tomorrow has been twisting my melon this week, so thoughts today have been on the B33. I fancy putting a Gold Star top end on it, more for appearance than performance, but a little more get up and go is never a bad thing.
Most people think of the 500cc DBD34 Clubman, the classic Cafe Racer, when they think of Goldies, but BSA were very successful in the States with them, both off-road and on the half and one mile flat tracks. 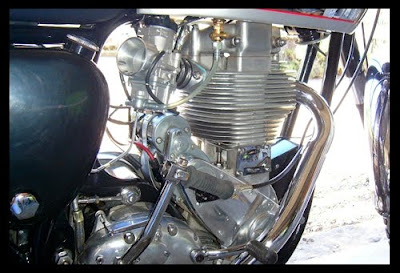 The big finned motor seen above first appeared in 1954 as the CB series, this lasted for a couple of years until the DB's arrived in 1956. 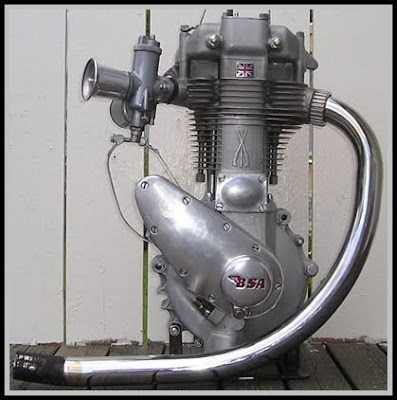 Before '54 were the smaller finned ZB series in a plunger frame and the BB in a swinging arm frame. It should be noted that it's not a Gold Star unless it has the letters GS as part of the engine number.
Personally, I prefer the look of the earlier BB engine where the pushrod tunnel is still exposed, although the behemoth proportions of the later barrel has a certain charm.
So, word up people, I am now officially on the hunt for an early alloy 500 Gold Star top end. Rare as rocking horse shit I don't doubt, but if any of you fine folk who take the time to read this drivel know the whereabouts of such parts I would love to know. 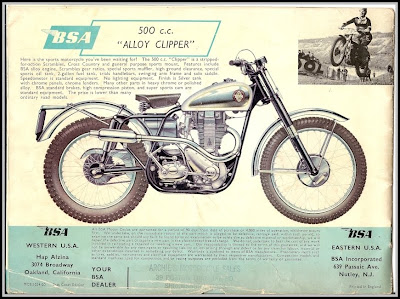 These two early advertising brochures clearly show the difference between the two types of head and barrel set ups. 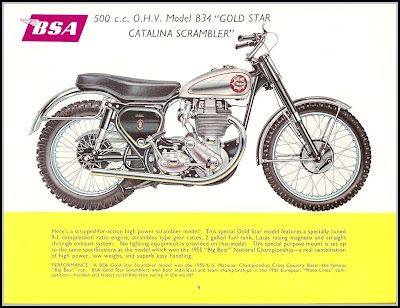