Went over and looked at this yesterday, first started talking to the ol' boy about it back in August. The bike used to belong to Mister I, who built it back in the late Seventies, only it was blue then. 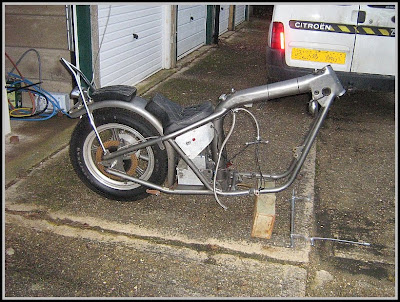 Used to have a pair of those flame cut girders on it that must have been a bastard to steer, just on the weight of 'em alone. Now there is no front end at all with it. 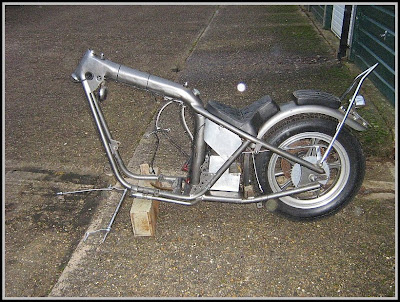 I've never thought that the Oil In Frame Trumpet lends itself to hardtailing and I reckon that this pretty much proves the point. So strike one, the frame would have to go. There is a V5 (registration papers) with it, and the motor looks alright, and the price was right. 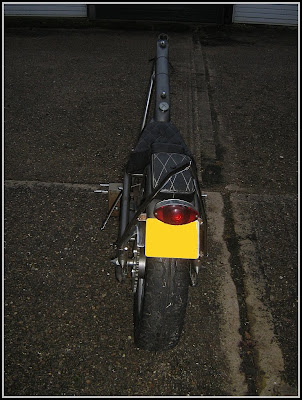 Then the story of the motor unfolded, the cases are early 650 and the crank and top end are 750 T140, I didn't know it but the drive side main is a bigger bearing on the 750, meaning the cases have to be bored to accept the later main. 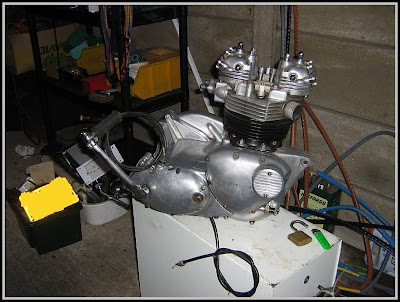 Problem being, whoever did it got carried away and went too big. The drive side main is now held in by shim and some kinda plastic metal stuff. 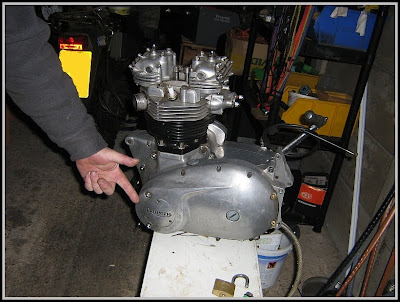 Ah well, time to have a cup of tea and talk about something else then, cos there ain't nothing doin' there.
Brought to you by ... Quaffmeister at 19:00