Well the Fat Lady's singing now alright, the B33 project is now officially a B32 project 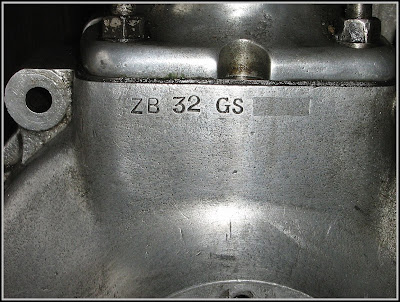 A 1951 350 Goldie motor is now residing in my shed, all complete and running with no real signs of butchery or major repairs. 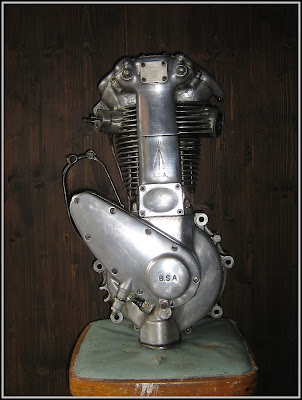 Phoned the guy who last ran it, and he said as long as the bloke I bought it from had not done anything to it, he would bolt it back in and run it tomorrow. The only reason it came out of his bike was because he found a ZB34 to go in there. 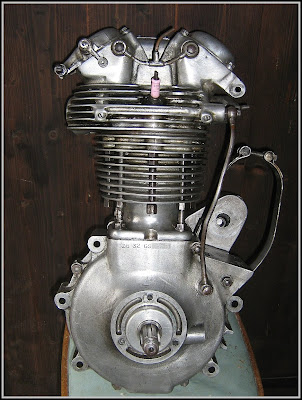 Currently housing a 9.5:1 piston, it has got decompression plates beneath the barrel to drop it to around 8.0:1. That will do for now, just want to fire her up at the moment but that will be a while away yet. 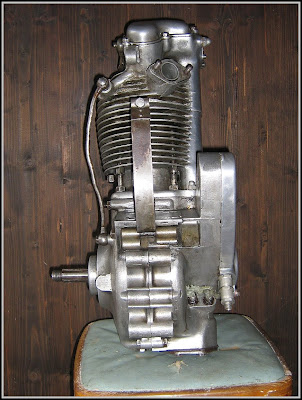 The cams, apparently are standard road going profile, so initially it won't be a roadburner. There is an advantage here as it leaves plenty of scope for improvement at a later date. 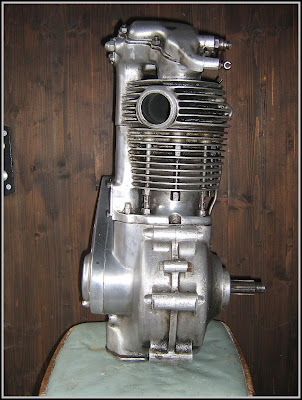 To put the icing on top of the cake, the frame is finished as well. Not sure when I can borrow a car to go up and get that but it won't be long. When I go up the motor and forks will be going as well, just so we can play big boys Lego for a while.
Brought to you by ... Quaffmeister at 13:22

Similar Stuff Bobbers in a British style, Bobbin' along, The B33 Project