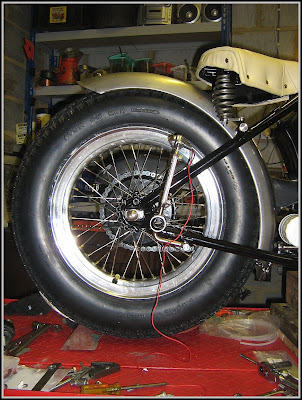 Got the SM installed in the back, and what a difference it makes! Really pulls the look of the back end in and fills any gaps that were there, far better than the mock up early Road Runner that was in there and a different league to the later piece of shit it replaced. 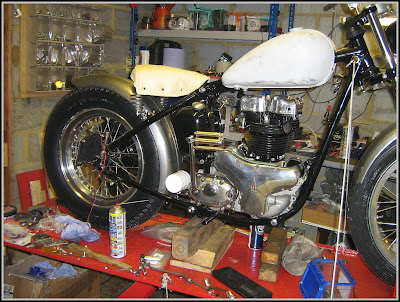 There were a few concerns that the extra rolling radius could cause a problem with the muddy mounting bolts. As it goes the anchor on the brake plate won't let the wheel forward enough for that to become an issue. 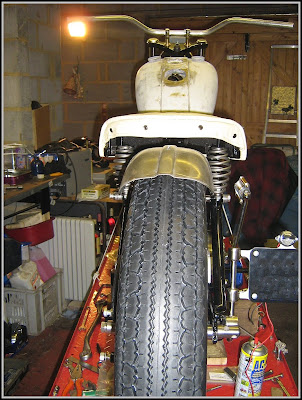 Similar Stuff Bobbin' along, The Way Back