Never seen one of these before!

Brockhouse Indian Brave
This turned up at the bike do the other day, initially thought it was another DKW two stroke derivative like the BSA Bantam. Closer inspection revealed it to be a 4 stroke, side valve but unit construction, left hand change? all in all a very modern looking motor. In fact the bottom end is reminiscent of an early Ducati single from the early 60's. 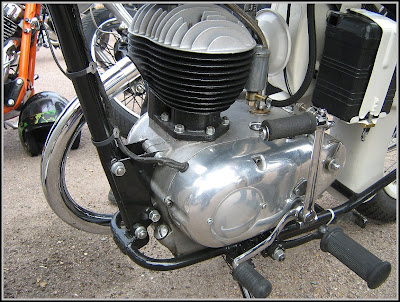 Talking to the bloke revealed that it is, in fact, a 250cc bike from 1953! A completely left field approach to 4 stroke engine design for the time, and it is difficult to see where Brockhouse got their inspiration from, none of the big players of the time were doing anything like it. 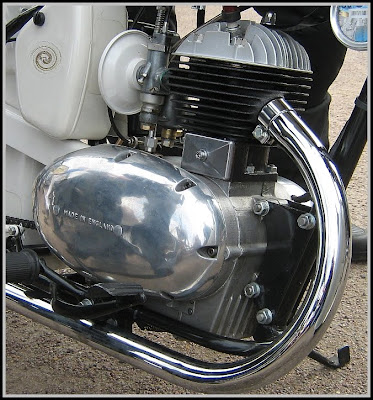 The guy scored it as a box of bits after it had suffered a front ender at some time in its career. He had to make the new forks from scratch as spares are rarer than rare, and information is just as hard to come by. 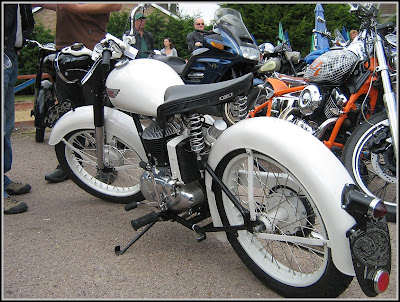 According to Wikipedia, OEC (a manufacturer of various models between 1901 and 1939) had their final fling using this motor in a model called The Apollo, now that's gotta be a rare beast nowadays. 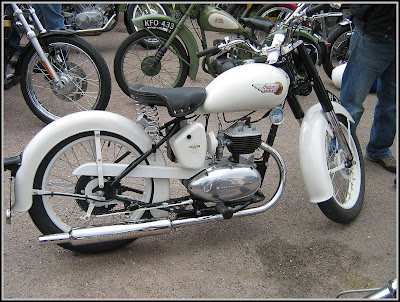 Similar Stuff Off to the side, Out and About