The deeper you delve into this old Triumph shit the more is there to be unearthed. With the post WWII export drive in full swing the vast majority of the output from Meriden was shipped Stateside, 70% is a figure that's bandied about. Due to this being the major market Triumph sent stuff over there which was rarely seen here in England. 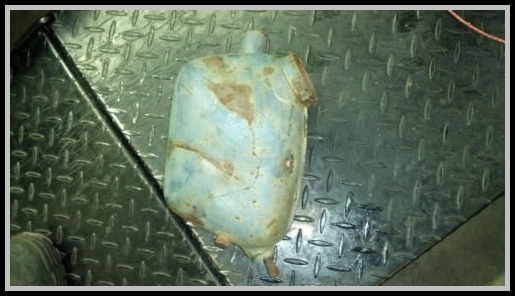 For example the Tiger 100C and T100RR variants, both dedicated competition models, and never meant for the daily commute to work, a fate that befell many of the UK models sold here.
This large capacity, one gallon (imp.) oil tank was made for one of the racing variants and is on The Bay of Fools at the moment, for sale in the US. 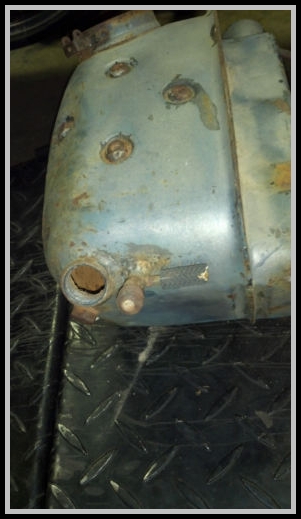 The four bosses on the front are to take a bracket that holds a remote float bowl, and are correct as is the extended breather tower. This is indeed a very rare piece, although in the picture above it can be seen that it's full of rust internally, and the outside has not fared particularly well in the interceding sixty odd years. How long before another one surfaces on the market? How many were ever made, and of those, how many have survived? 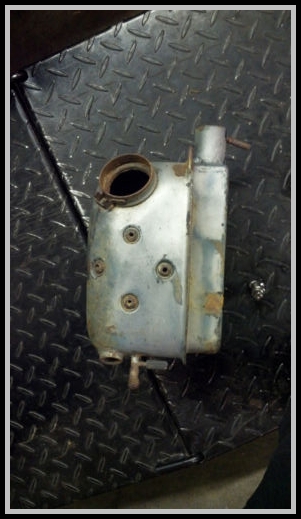 The buy now price for this object of desire?