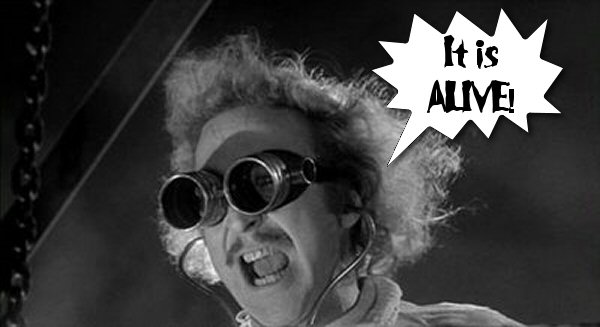 Had to drop the A7 down off of the ramp yesterday as the bloke who actually owned the ramp has got a use for it. Not such a big deal as it spurred us on to getting it finally sorted out, and it's the first time it's been on Terra Firma with the paint and pipes on. 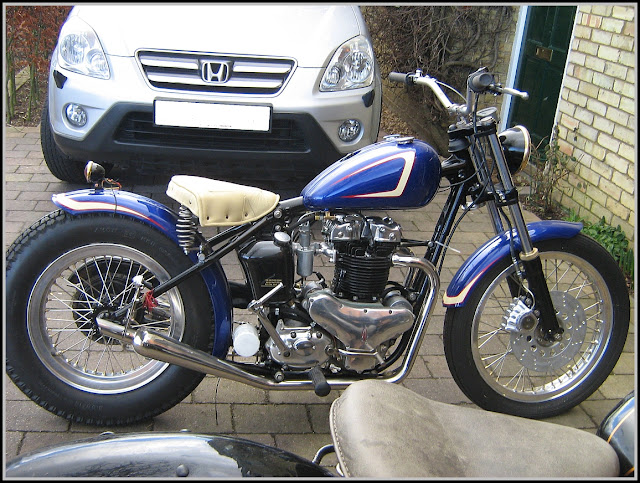 Still got to throw a few wires at it, but that's pretty much it, reckon the pipes sit on there a treat as well. Definitely worth the money and the wait, all the lines follow the frame and the silencers welded to the pipe give an extra twist. 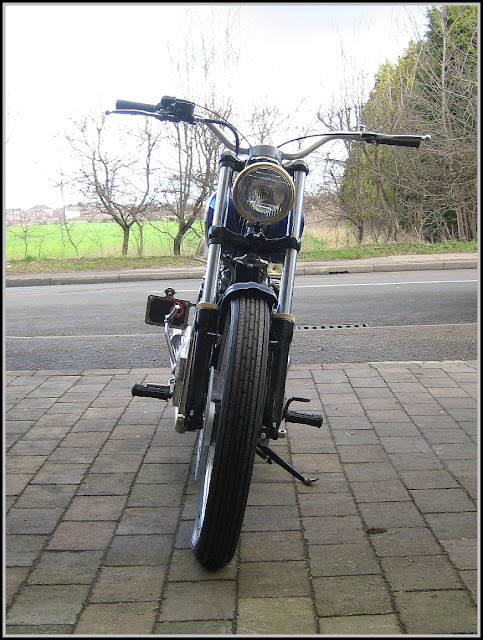 Still not happy with the front brake though, it does pull up but with waaaaay too much travel at the lever. Not sure if the problem is in the caliper or the master cylinder, but it's definitely in there somewhere! And those bars ain't staying, going for something similar but not so high and wide. 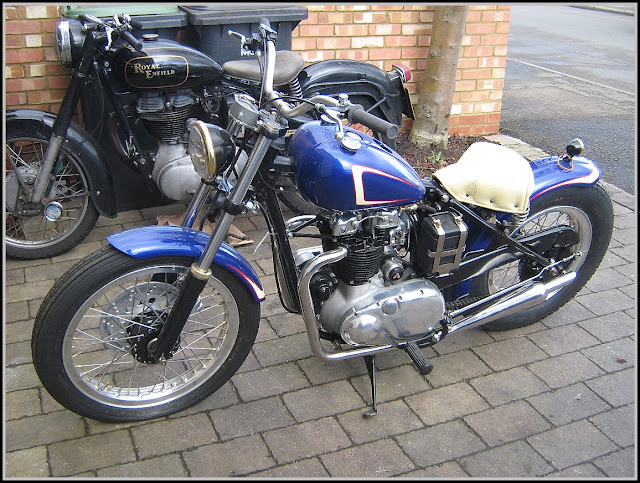 So with it on the deck there was no real excuse not to put petrol in it and give it a go. Gave the exhaust a good wipe over with Brake Cleaner as instructed by Den up at Alldens when he made the system. Apparently if this isn't done on stainless exhausts all the hand prints that are on them get almost burnt into the surface of the metal the first time they get hot and then they're there for ever more! Checked the petrol unions and added the juice that the world goes to war over and tickled her up. Just started to stroke the kickstart through to get things ready, and I'll be damned, it started! Straight in on two 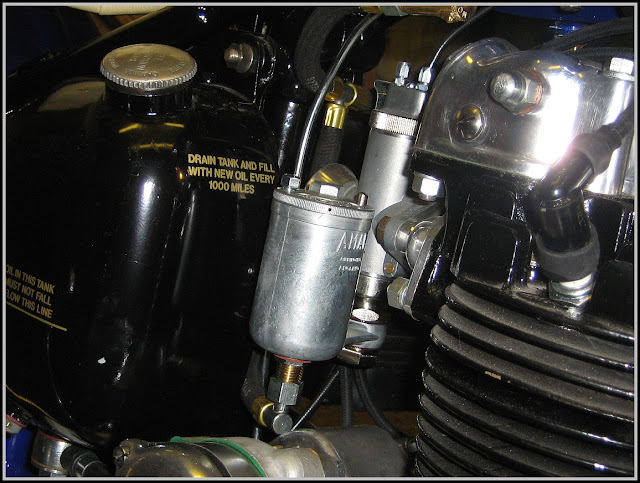 There's a bit of an issue with the carb flooding when on the side stand, that will need to be sorted along with a few other minor issues, but all in all a great day.
Brought to you by ... Quaffmeister at 15:04

Similar Stuff Bobbers in a British style, Result, The Devil's Work, The Way Back