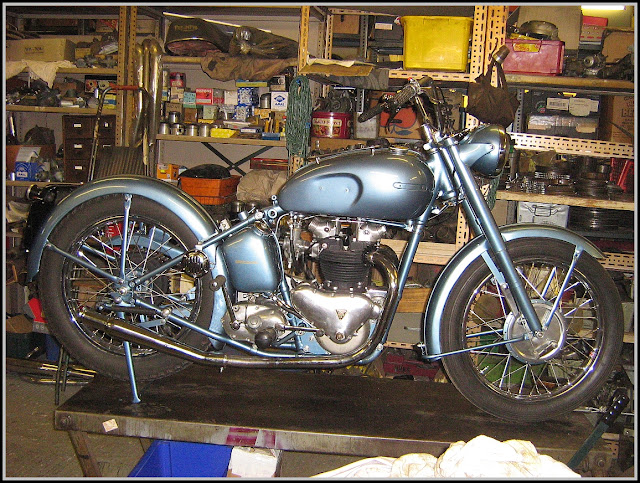 Geoff's 6T Thunderbird build has taken a bit of a turn, almost leaning towards a Happy Days stylee (Heyyyyy!!) He was short of one side of the nacelle for the original restoration path he was going down. Although they look the same when fitted to the 50's thru early 60's Triumphs there are, or so I'm told, loads of changes and subtle differences between 'em. The cost of a new complete set to guarantee a match is ridiculous, even the stuff coming out of India, which may or may not fit, ain't cheap. So he scored a set of early Trophy top covers off of Ace Classics  and fitted a separate 6" headlight and hi-rise bars, which I reckon are what we used to call Western Roll Bars.  The cocktail shakers look sweet on there as well although the line of the pipes could do with looking at again, reckon the Ton Ten may well end up similarly "silenced". 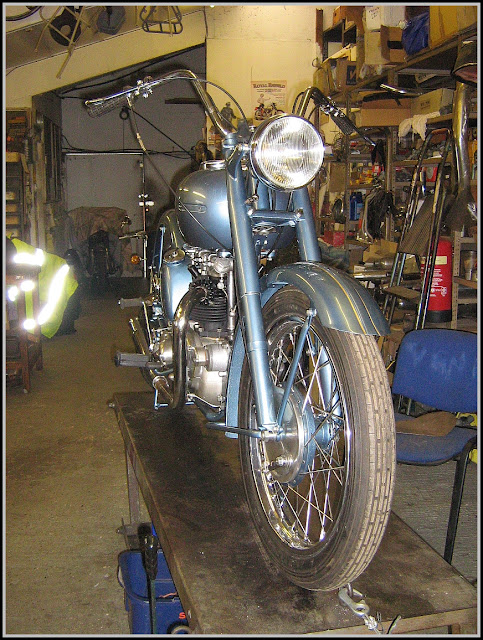 He's already offered a small 3T tank up on it, but that makes the seat look even bigger than it is, so a different seat and about 10 inches off of that rear muddie and it might be getting somewhere.

Similar Stuff Bobbers in a British style, Good People, Out and About