Looking For That Period Twist 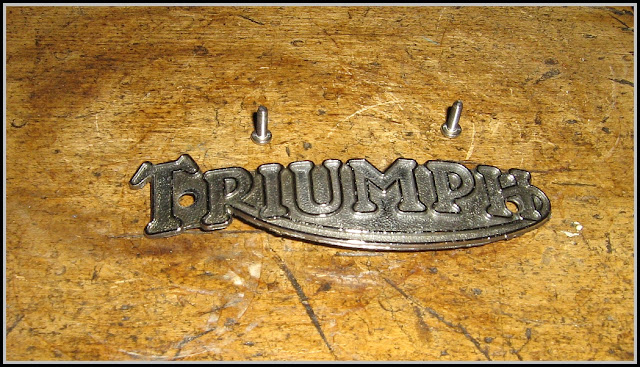 The underlying theme for the Ton Ten build is to try and create something that looks like a Factory Custom that Triumph could have built in 1955, if such things had existed back then of course. So rather than rely on the usual transfers/decals to spell it out, some original cast badges were sourced to go on the tank sides. A tank scored from Guy of GKM fame by the way. 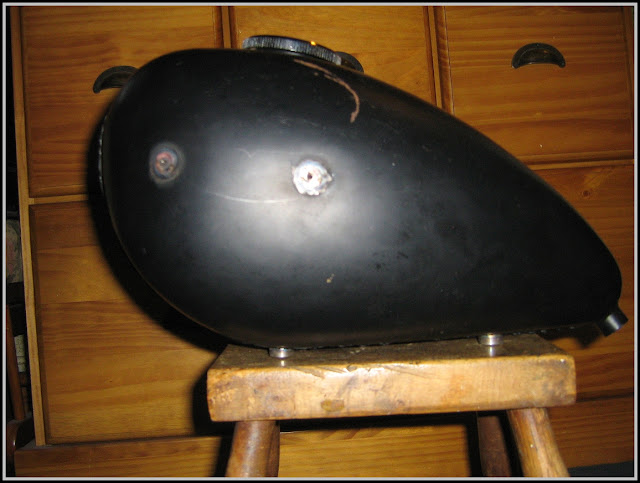 Barry took the tank and badges and made some small bosses to weld into the tank sides to fix the Triumph logos. Drilled and tapped M3, suppose it should have been 1/8" Cycle Thread really, just to keep the authenticity train a'rollin'. 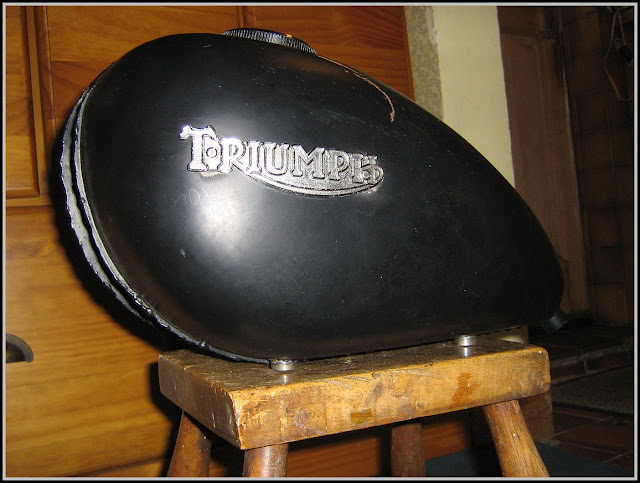 All mounted and looking mighty fine, he also made and fitted the bosses on the bottom to mount the tank, it will save having to drill or weld the frame rail.
Brought to you by ... Quaffmeister at 09:49