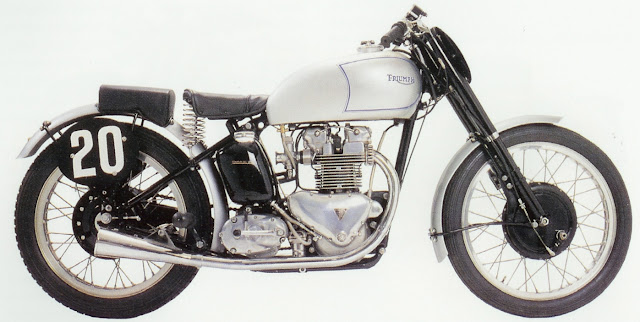 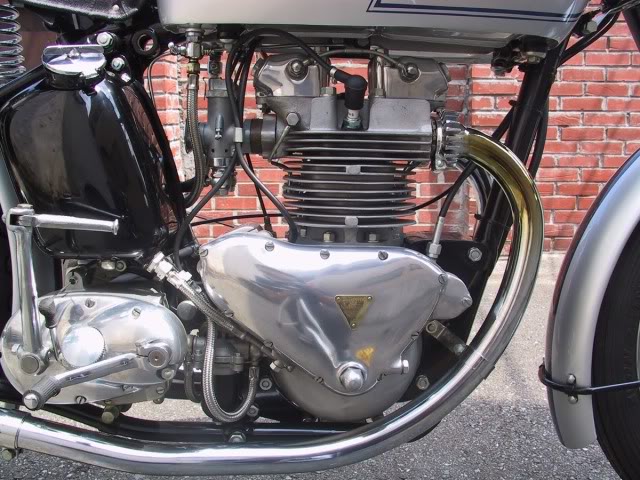 Looking for an oil filter set up for the Ton Ten, that looks similar to this unit fitted to the late 40's GP500. You can just see it nestling between the back of the timing cover and the gearbox. Don't expect to find one of these as they were pretty rare at the time, but........ The Baron tells me that the War Department GB40 had a very similar set up fitted, known as a Vokes E37, seems that the later  250 Triumph T25 had something similar, so by that, the small Beezers  at that time would have had 'em as well.
If you have one that you will part with, or know a man that has a comment or a mail would be greatly appreciated. 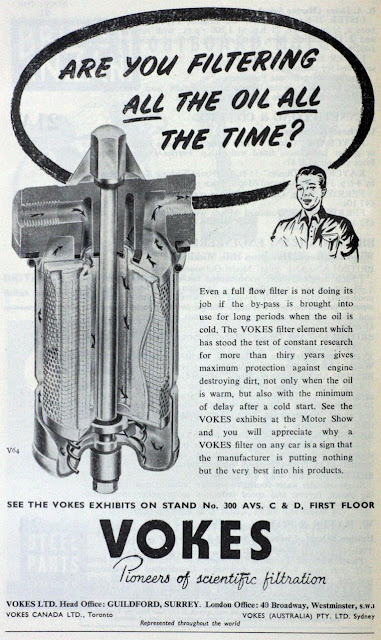 Pic from
Graces Guide
Brought to you by ... Quaffmeister at 18:00