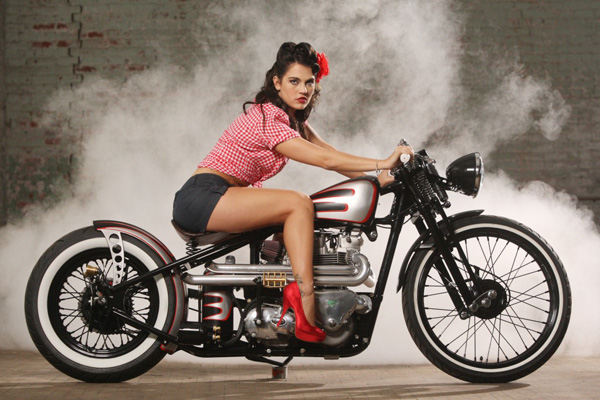 Picked up issue 117 of The Horse on the way into The Salt Mine this morning, had a look through and saw that Dan from Angry Monkey had a feature in there. Left the mag on the bench and a few dudes with a passing interest in bikes had a look through, and every one of them stopped at Dan's bike and said "That's nice" although none of 'em could say why it struck a chord.
Sure it's a nice build and the stance is spot on, but it's something more subliminal than that, is it the fact that all horizontal lines are parallel, or that it appears to be moving at standstill? Not really sure, but there is definitely something that cannot be quantified that makes some bikes stand out way above others.
Brought to you by ... Quaffmeister at 20:20

Similar Stuff Bobbers in a British style, CLASS, Inspiration, Off to the side