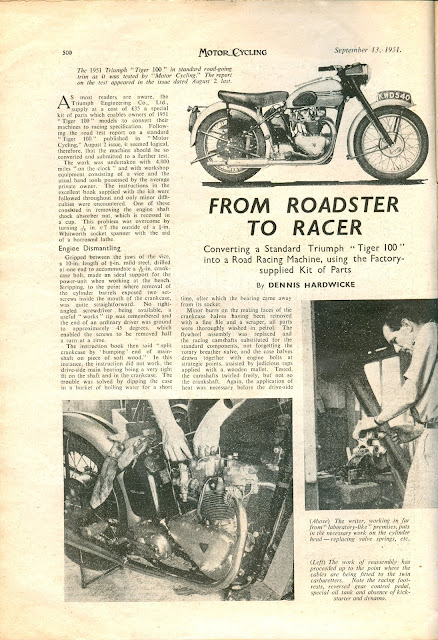 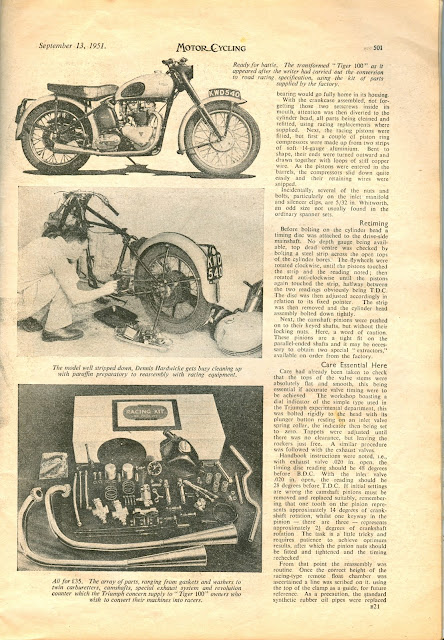 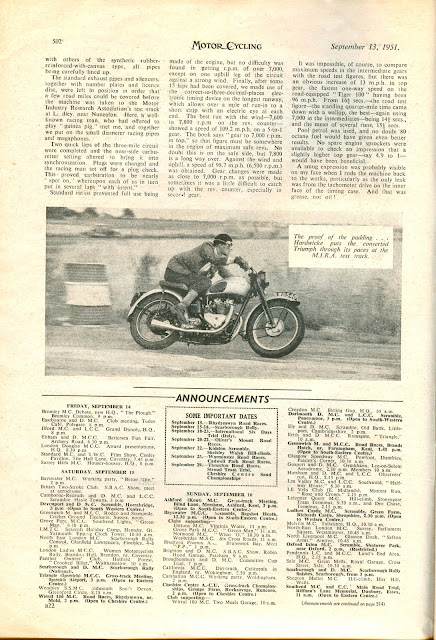 Following Thursday's post of the original 1951 Tiger 100 road test, Bit Monkey came up with this continuation piece taken from the September 13th 1951 issue of Motor Cycling.
Following the demise of the GP500, the factory race bike for the privateer, (Edward Turner would not sanction an official  factory road racing team) Triumph produced a "hop up" kit for the new alloy engined Tiger 100. This article follows the fitting and consequential testing of the kit.
Taking 2 seconds of the standing quarter, and on Pool Petrol!
Pool petrol (gas) was what was available to the public in the years following WWII and had an octane rating of just 72! Even the ethanol laden shit that is offered today is better than that, so how quick are these bikes now?
Brought to you by ... Quaffmeister at 18:00