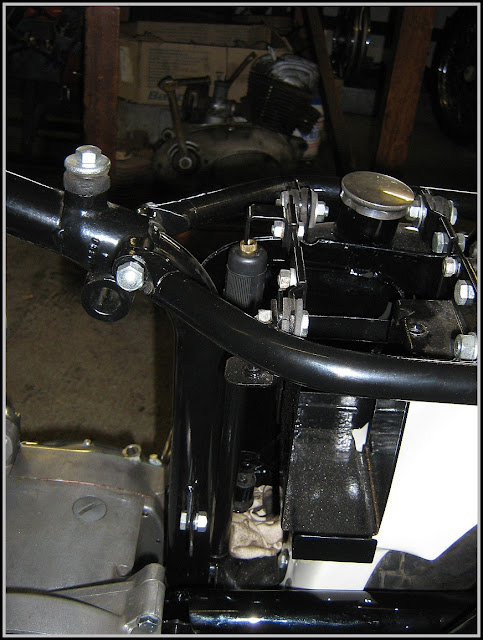 Saw this '63 Bonnie up Geoff's a couple of days ago, one owner for very nearly all it's life it has never been messed with until the new owner decided to restore it!
Showing in excess of 83.000 on it's original Chronometric the motor certainly needed a freshen up. Sludge Trap so solid the guy didn't believe there was a hole in there!
I'll post full pics soon but the point of the post is, for the rivet counters, the pump slotted down alongside the gearbox back post. 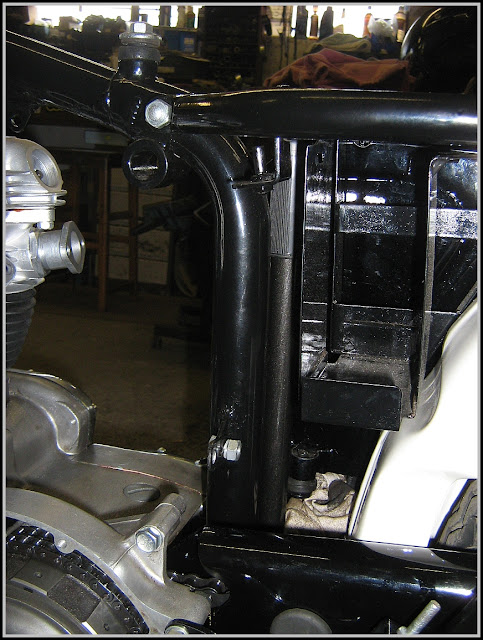 Only fitted here in '63, the first year of the unit 650's along with the drop down tool roll holder seen just behind it. Not earth shattering information I'll grant you, but a handy snippet to drop into the conversation if you're checking out an early sixties Bonnie.
Brought to you by ... Quaffmeister at 19:12

Similar Stuff Off to the side, Other bikes, The Devil's Work, Triumphs Through Time