As threatened yesterday, there's been a major step forward, and if you can't guess, the wheels are back from the builders. 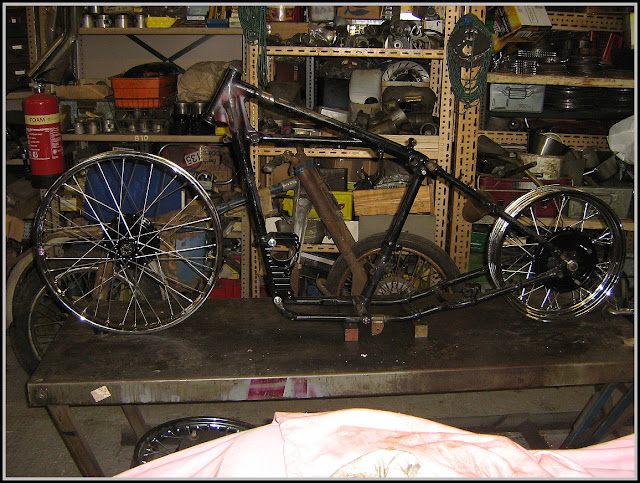 Geoff was taking a pair of hubs down for a Bonnie he's doing so it made sense to send these down at the same time. Johnny thought like wise and sent the centres for his '49 Speed Twin as well.
Took the frame up there to check the the rear was sitting centrally in the bike, good job really as the rim needs to come over 3/8" towards the Drive Side. I would have done it myself, as performing the same operation on the Beezer was easier than I ever thought, however, the builder had told Geoff that if it wasn't right he would come out and do it..................nice! 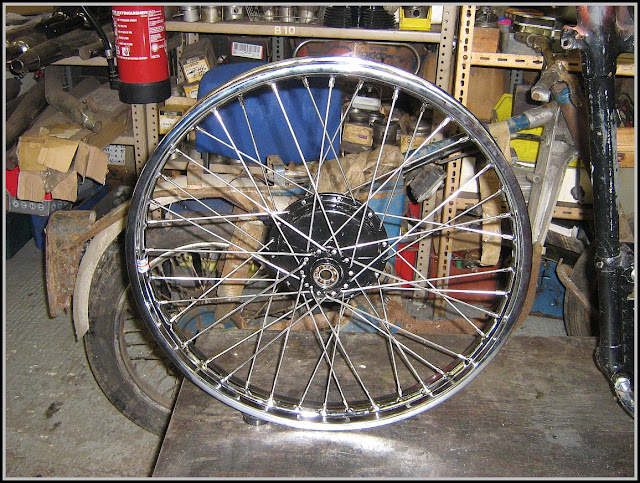 A better shot of the front, showing about as much spoke as possible, all the fun of a spool hub on this side and a totally useless brake on the other..........probably. 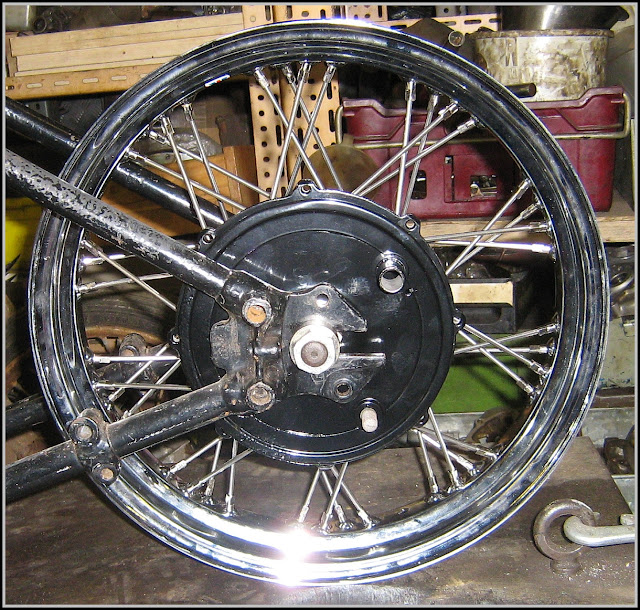 The sixteen on the rear, showing a rather strange spoke pattern, it's gotta be this way to match the dimpling on the rim but I don't think I've seen it before. Cool but odd!
The rubber is on order, so if the builder does the tweaks in the week they should be wearing boots by this time next week.
Brought to you by ... Quaffmeister at 08:16