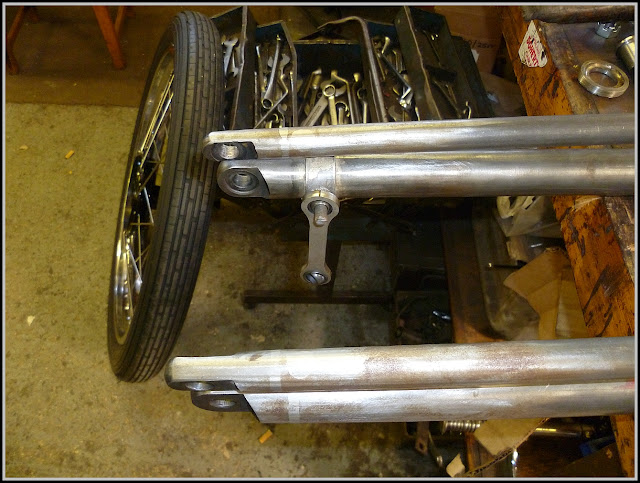 Made a bracket for the torque arm on the front brake, it's been brazed onto the rear leg rather than welded to minimise the damage if it needs to be removed for any reason in the future. It is set at 2 inches above the centre of the rear rocker pivot bolt, this is the same dimension as the centre of the wheel spindle to the brake anchor stud on the brake plate. 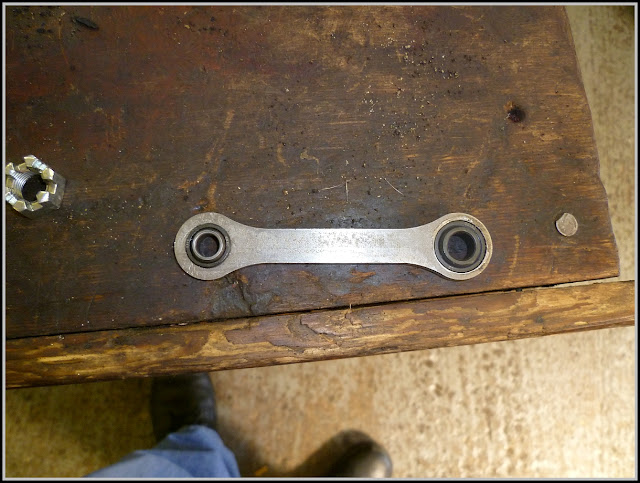 The arm itself has been cut from 5mm thick stainless, with hole centres at 3 1/2 inches to match the  dimension of the rocker pivot centres. This maintains the parallelogram as described in an earlier post, and it should allow the suspension to operate during braking. The arm has been fitted with two spherical bearings, this will allow the the arm to move in operation and also to compensate for any misalignment. 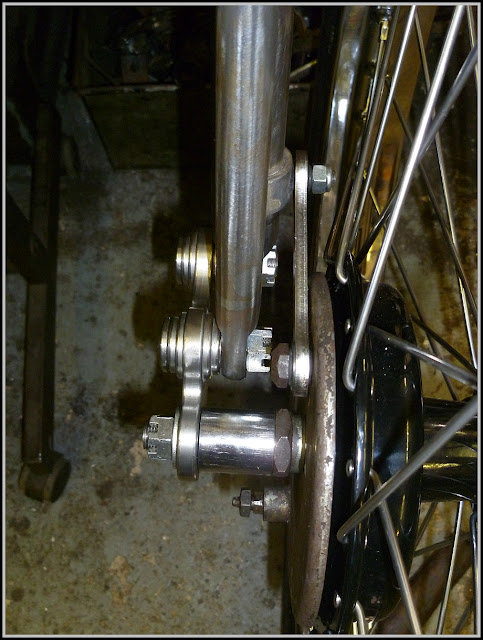 The wheel has been pushed over by 6mm to allow clearance for the arm to get through, the rim will now have to be tweaked back by 3mm to recentralise it in the forks, shouldn't be a problem.
Brought to you by ... Quaffmeister at 11:00