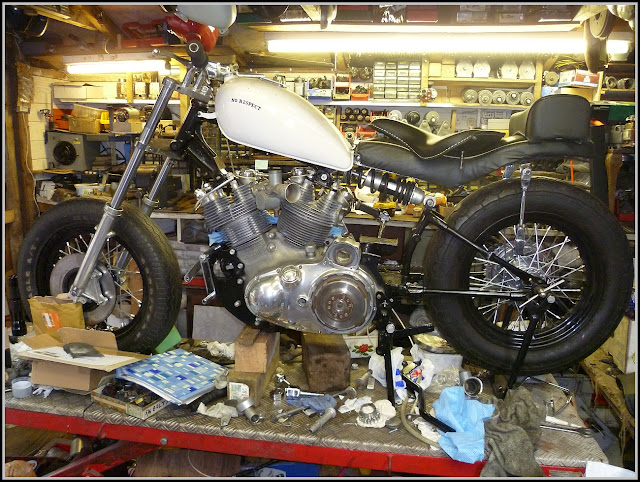 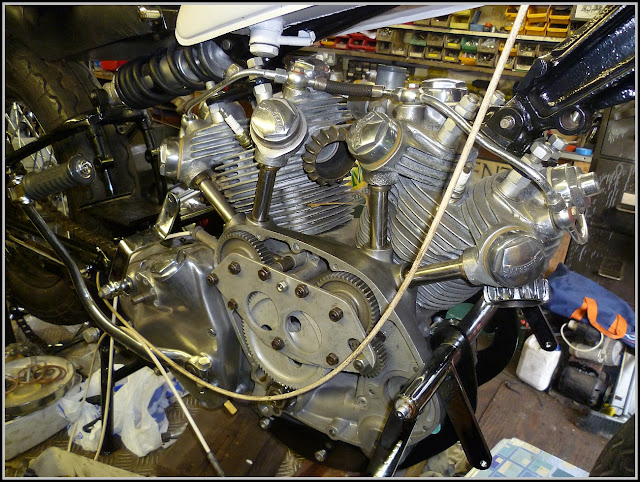 A 1955  series D Rapide , of which, according to the  one of the Vincent sites 151 were made, and the last of the line for Stevenage outfit. 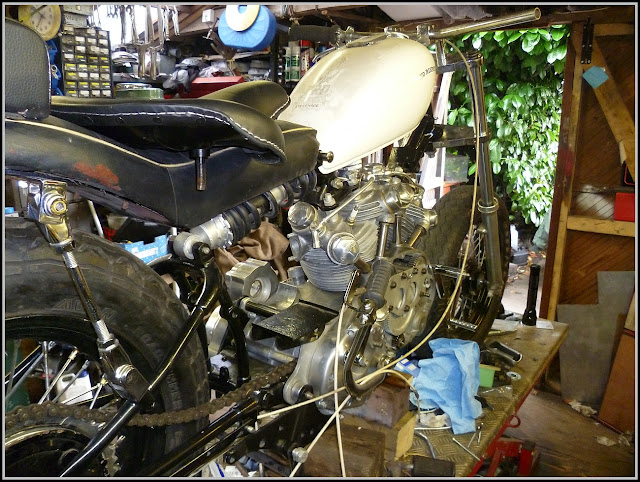 It's a matching numbers bike, so there is no major frame surgery goin' on here, but enough other work to make it stand out in an Owners Club line up.
This will be worth keeping an eye on!