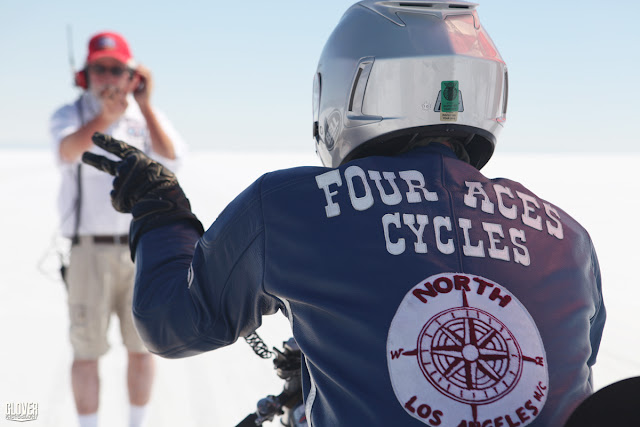 
Following the mag poser yesterday, had to mail Wes to find out how it was done.
Good man that he is, Wes answered el rapido, here's what he said;

"In the mid to late sixties, before the ARD Magneto guys made the mags that use the timing cover and divert the "mag" portion of the mag to the front of the cylinder, guys wanted to run magnetos in the desert because Energy Transfer ignitions were unreliable and the Joe Hunt and Morris Magnetos of the era stuck way out of the timing cover and could be fairly easily knocked off by a rock.  Not a good thing in an all out desert race.
Some tricky welder guys, like Sam and Harlan Bast converted your unit cases to accept a pre-unit magneto.  This one was done by the Bast Brothers, who also made air cleaners and skid plates among other things for the desert racing market.  You basically took a pre-unit case, lopped off the magneto ear and welded to the unit cover, often not even splitting the cases to do it.  Line it up perfect and weld it up.  The reason that one looks so good is that even before our fancy tig technology, guys could make shit happen in aluminum."