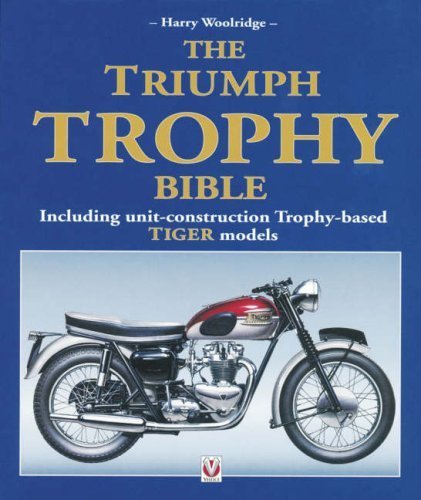 Birthday coming up? No? Then you should really treat yourself to this book if nobody else will. Harry Woolridge worked at Meriden fom 1953 until they turned the lights out for the last time. Big Ted Turner is well known for not allowing factory support of a British or European racing effort, not so in the States where the Trophy received continual development and improvement throughout the fifties and early sixties . Linked to names like Bud Ekins and the King of Cool Steve McQueen, the TR6 absolutely dominated the US desert racing scene for close on a decade.
The information and changes given about Trophies and pre-unit twins in general is immense and as it's first hand information, from memory and unrivalled access to factory records can be taken as gospel.

Similar Stuff Factory Literature, Inspiration, Off to the side