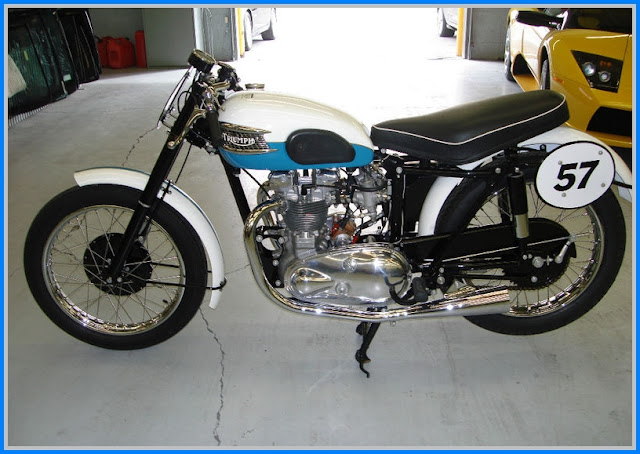 In Triumph terms they don't get much rarer than this T100 RS. Produced from 57 thru 59 this was the factory road racer for the States, bearing in mind that Meriden showed very little interest in Britain and Europe regarding road racing.  132 were produced in 1957, with numbers unavailable for the other two production years, although almost definitely fewer were built during those years. 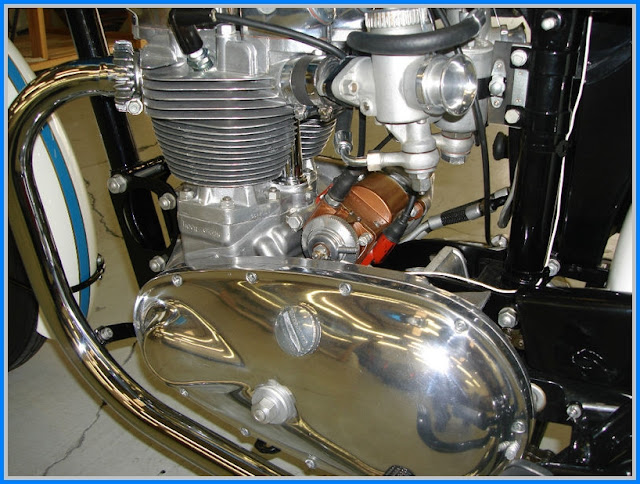 Shown here fitted with the Delta head, the forerunner to the Bonneville head in 1958, it came equipped with 1" GP carburettors and a bracketted remote float chamber on the gearbox post. A Lucas K2FR provides the ignition, while no dynamo is fitted as expected the drive is utillised for the Smith's RC126 tachometer. 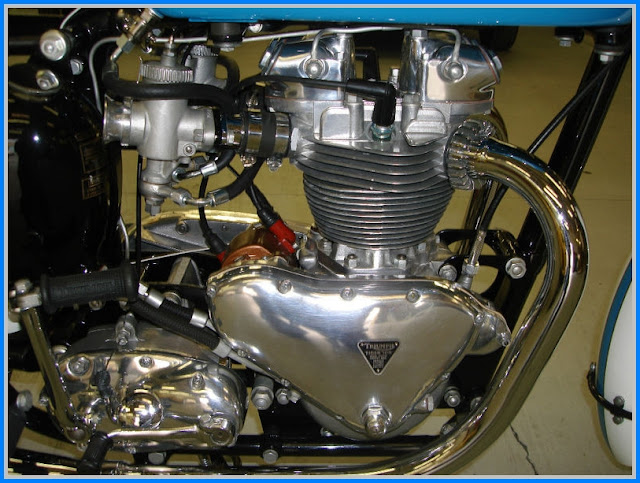 E3134 cams and competition shop preparation resulted in 42 bhp out of the crate with a potential of 45 with even more tuning.
The gearbox carried a close ratio set of cogs, and a reversed lever to suit the factory rearset footrests. 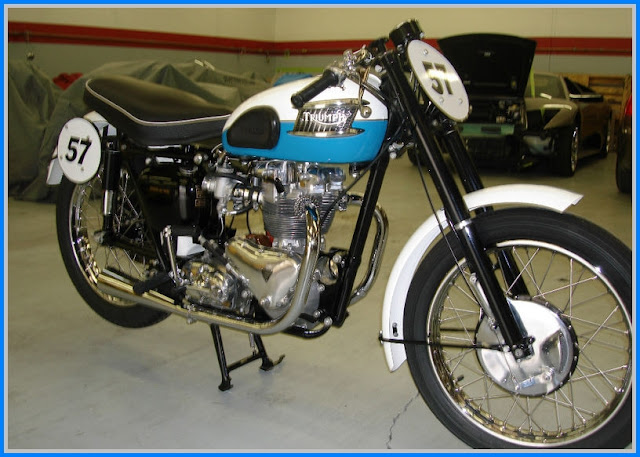 The front brake is the Mk2 8" single leader as fitted to the contemporary T110, the back is the normal 7" SLS unit found across the twin range for much of the post war production period. A one gallon oil tank fitted with a froth tower was also used, possibly unique to this model.

Any additional information or corrections to this post or any subsequent entries will be gratefully received.