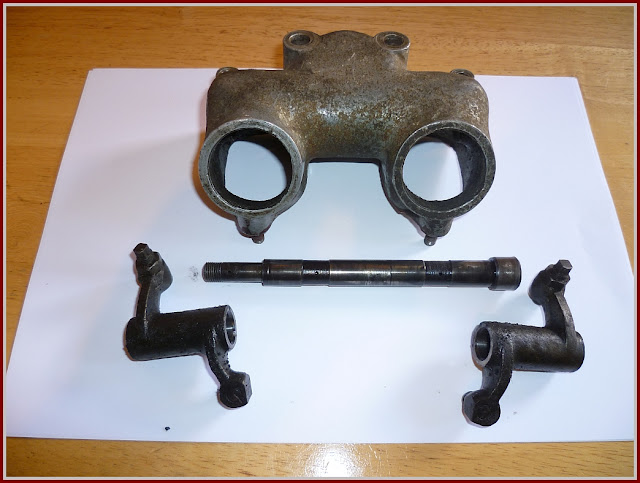 ...and so it begins.
This is one of the rocker boxes that will be used for the motor in Skankweasel, no point in showing the pair of them as they are pretty similar. The rockers will be lightened around the adjuster boss and ball pin areas only, the rest will be blended where needed and polished in accordance with Dwain Taylor's suggestions. The rocker spindle shown here, is the early type without the "O" ring on the drive side end, it also shows slight mushrooming on that end, so it will be replaced. 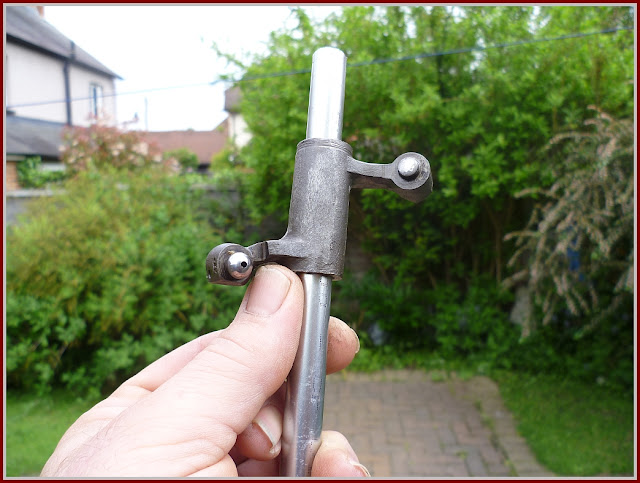 Realised, when it was too late, that it would have been easier to slacken the adjuster nuts off while they were still in the boxes. Rather than risk damage by clamping the rockers in the vice, I slipped a 2 metre length of 12 mm tube through the pivot bore, this provided enough leverage to allow the nuts to be loosened without damage or drama.
Brought to you by ... Quaffmeister at 07:56