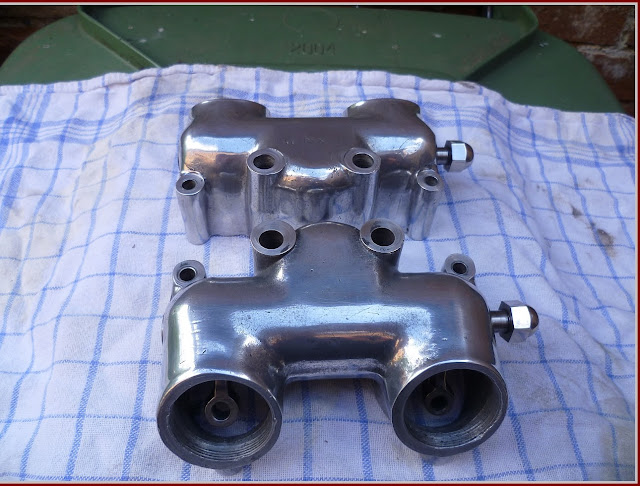 Rocker boxes almost ready to go on, decided on a light buff job rather than the full show polish, looks more purposeful. The bolt and stud bosses have been spot faced for a flatter fit. New Old Stock rocker spindles of the later type, with "O" rings are now fitted. 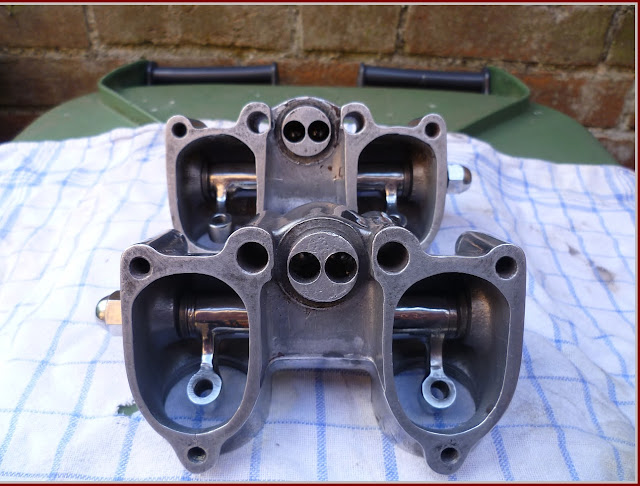 Rockers lightened and polished to balance the weights between the components, it is recommended in some quarters to reduce the diameter of the arm ends much more than this but discretion won the day in this case. The Thackeray washers are out and have been replaced by 1/8" thick wood saw arbor spacers, kindly sent over by Bill "Boomer" Brown of Portland Oregon. 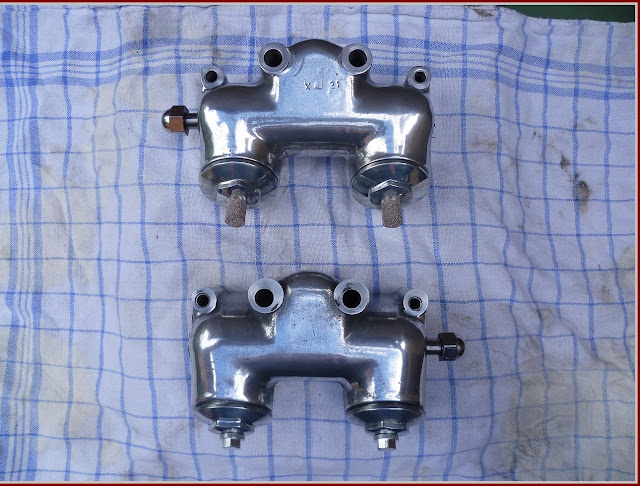 Rocker caps drilled and fitted with vented breather plugs, these came from a hydraulic fittings company and are used to vent small hydraulic tanks. The ones behind are sintered pneumatic exhaust breathers, second choice and plan B if the others don't flow enough air. 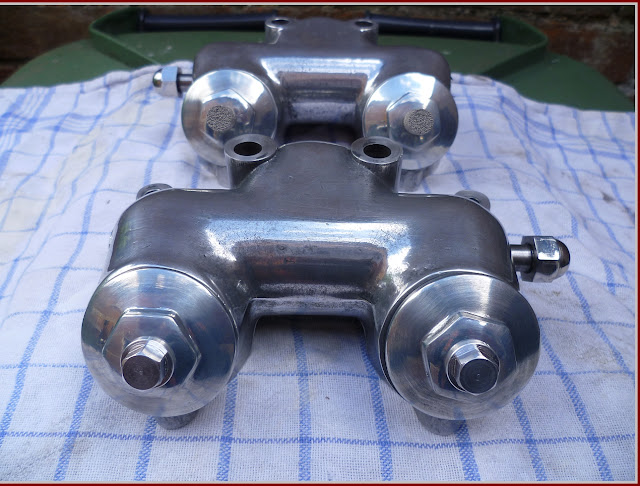 Some people say that this modification is a waste of time due to sucking as much air in as they allow out. Any pressure created by the bottom end by the pumping action will be above atmospheric pressure, any air that is drawn in cannot be above 14.7 p.s.i. (atmospheric pressure) so it's got to be good, I think! Anyway oil leaks are created by pressurised oil looking for a way out, this mod should help alleviate that problem.
Brought to you by ... Quaffmeister at 12:32