TR5R On The Rack At Big D 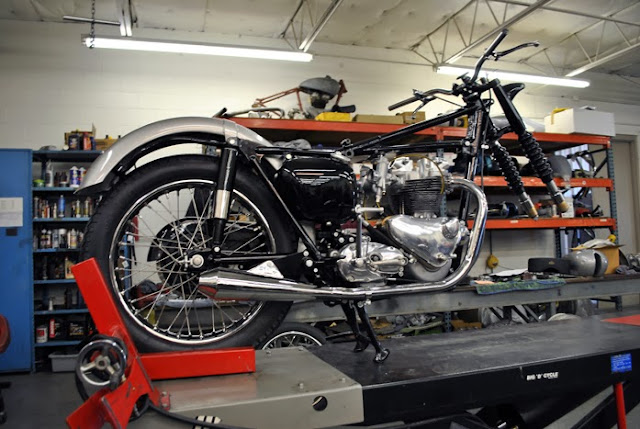 Keith at Big D Dallas sent some progress shots of his 1957 TR5R restoration, with only 178 of these built in total across a 3 year span, and only 17 in '57 it is a rare beast indeed. 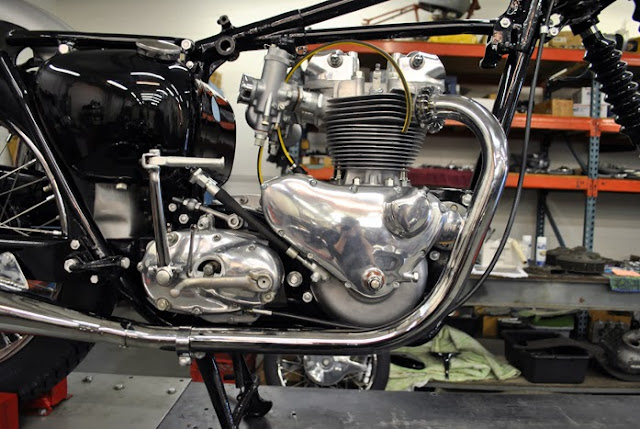 Produced by Triumph at the request of JoMo and TriCor, who wanted a bike that was race ready straight from the crate, without resorting to taking a Tiger 100 and adding the race kit. 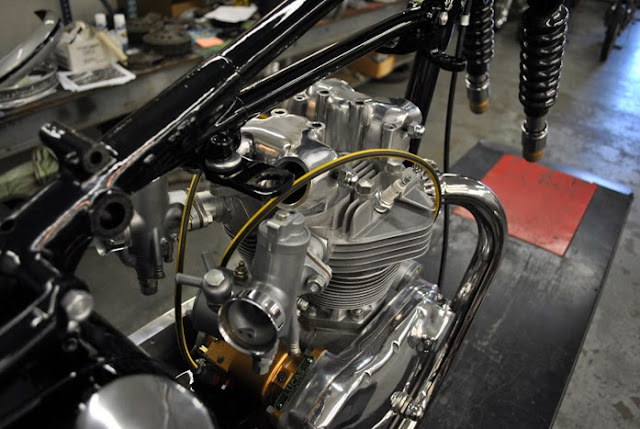 Fitted with the legendary Delta Head they were the first splyed head models produced by Triumph, a year before the Bonneville. 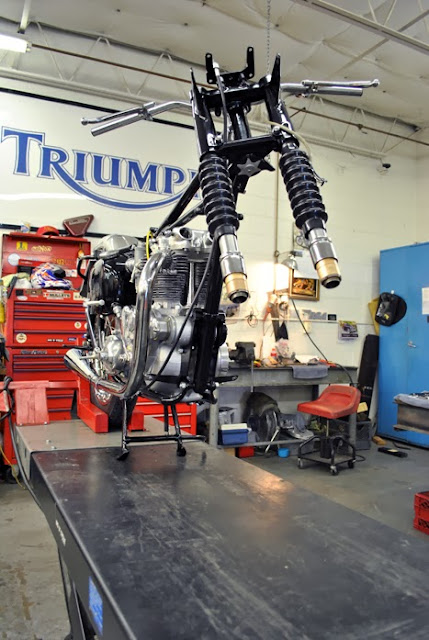 Never seen forks assembled in this order before, but it makes sense saving all the messing about trying to get the stabchions up through the yokes when shrouds are fitted. 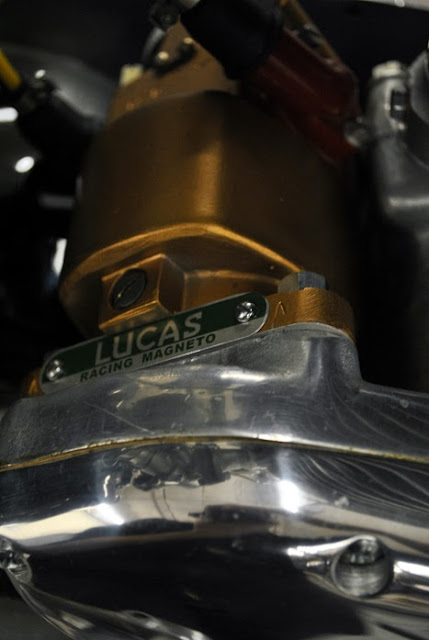 Another piece of unobtanium, a Lucas racing mag, all made up out of exotic stuff like platinum tipped points, stainless steel armature and maybe silver plated windings but that could well be myth. I've never met anyone who has had an original one to bits.
Brought to you by ... Quaffmeister at 12:08