This was published in this week's Harley dealer newspaper and as a poster to honour the work put in by the H-D fellahs at the sharp end of the business. Maybe they should have gone to a more bike orientated ad agency, or need to sack the proof reader.

Similar Stuff CLASS, Factory Literature, Off to the side

Reproduction Girder Forks You Can Trust

Fashion is indeed a fickle thing, and no more so than in the custom bike game. I t seems that the Seventies long fork revival has run it's course, people are realising, that what didn't handle in 1974  still doesn't go 'round corners 40 years later.
Keeping an eye on the blogs and forums shows a definite swing towards girders of manageable length. Up until a couple of years ago the options were severely limited, either use an original pair that were made prior to WWII , with all the risks with internal corrosion that comes with them, or try to get a set of period custom forks which would inevitably be too long.
Then in the last two or three years reproduction forks have started to appear from the sub-continent. They are cheap and certainly look the part, but what of the metallurgy behind them?, who actually made them? We'll never know, but I do know that a well respected bike builder from the Midlands had a set and found several discrepancies in the dimensions side to side.

Now, like a knight on a white charger, help is at hand.
Jake Robbins, a highly regarded restorer of both original girders and complete pre war bikes has started to make complete sets of forks for the discerning builder.

The type shown above and below are exact reproductions of the heavyweight forks fitted to the 5T and Tiger 100s immediately prior to the war. They feature the correct form of tapered tubing and cast lugs as per the originals. Initially these may appear expensive, but if you ever have six months to spare, try and find a set of genuine forks that are for sale and see what they are going for, on top of that price factor in the rebuilding expenses involved, and if you don't get them re-tubed by Jake you'll never know what effects internal corrosion of the tubes has had. All of a sudden the price is not that bad, and peace of mind is priceless. 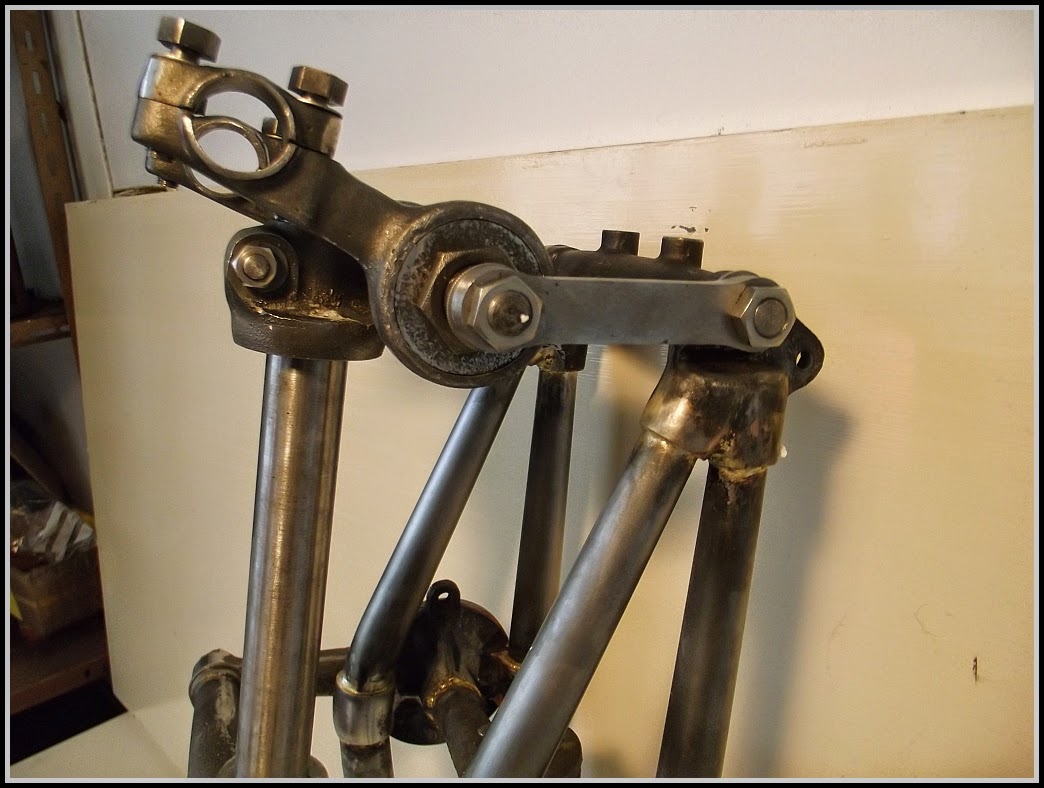 The forks featured below are what is known as the custom fork and are substantially less money, although they feature the same tapered tube and geometry of the Triumph fork they do not mimic any original design.

They are a great looking set of forks and have an authentic looking air about them that was never obtained by custom fork manufacturers in the States. Priced the same as a decent pair of custom springers they will light up any custom built around a British bike. 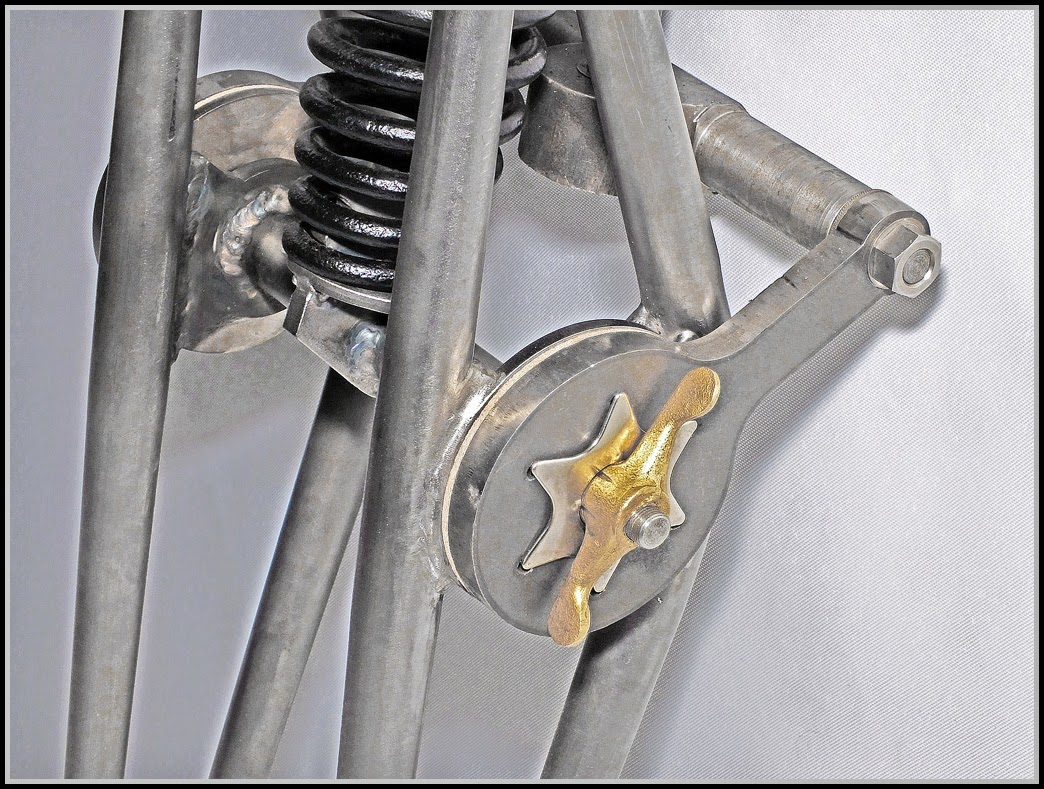 To see more of Jake's great work check out his web site HERE
Brought to you by ... Quaffmeister at 06:00 4 comments: Links to this post 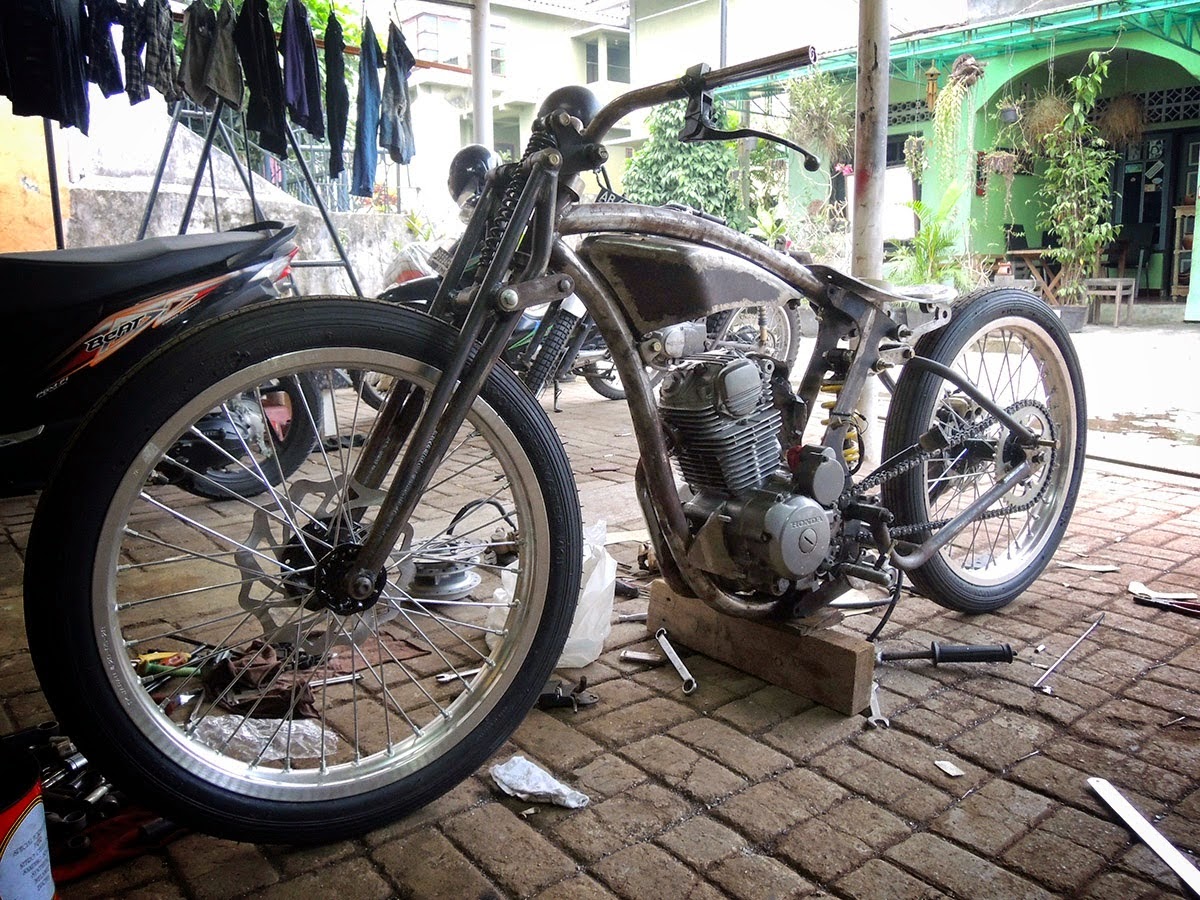 It's not often this blog wanders far from the British side of bikes but there's gotta be an exception every now and again, especially when it's as exceptional as this. There is, currently, some great work coming out of Indonesia where guys are turning their traditional skills to bike building, and coming up with results like the bike shown here.
Check out the blog HERE
Brought to you by ... Quaffmeister at 07:37 No comments: Links to this post

Pedalling To A Standstill 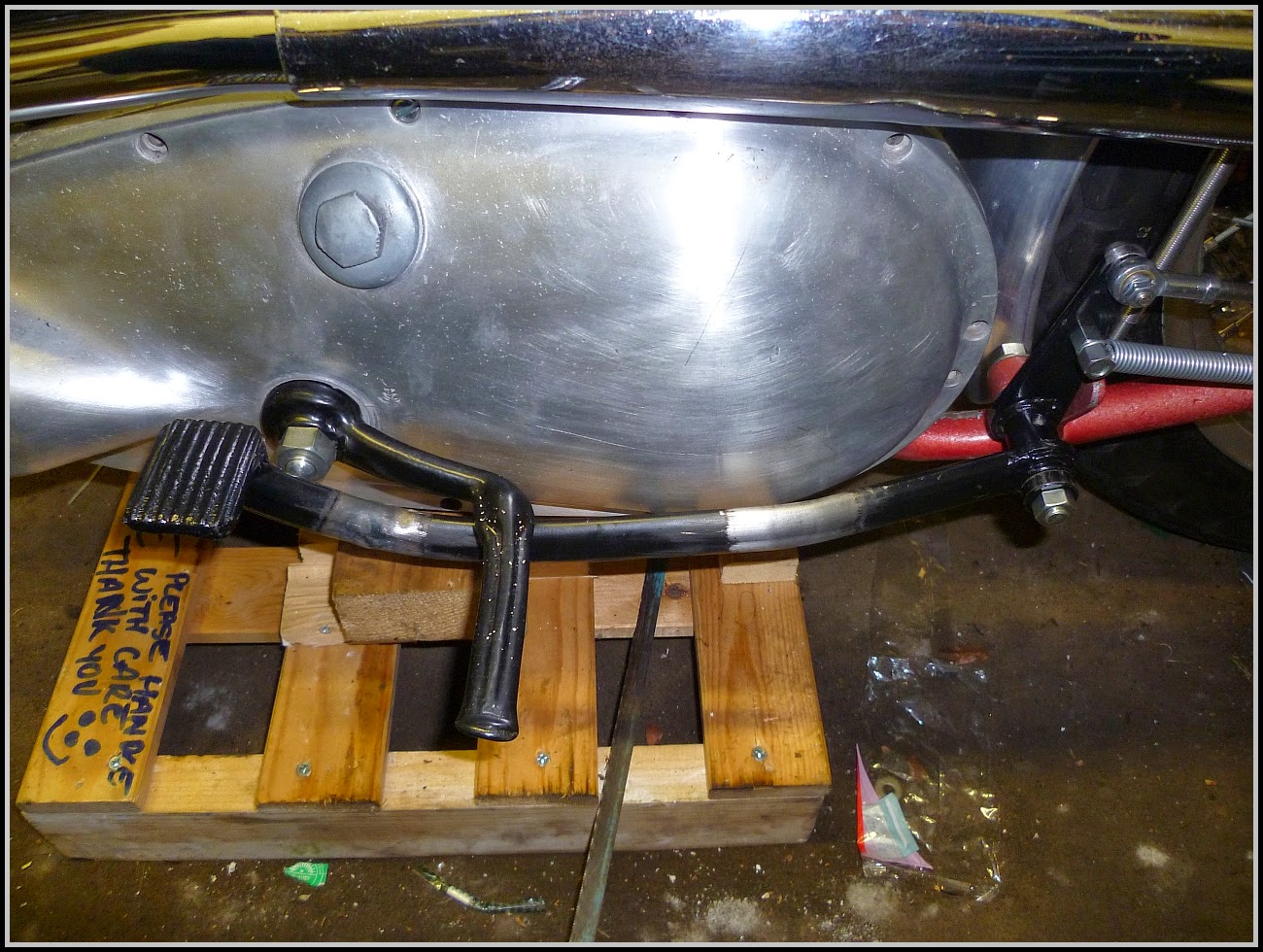 For anywhere between 80 and 100 pounds you may be lucky enough to find a standard rigid Triumph brake pedal on the Bay Of Fools, chances are it won't be straight and it's almost guaranteed the foot pad will be worn down.
BIW tip of the week, buy a 350/500 Enfield Bullet pedal and pivot bolt for about twenty quid and massage it with the gas axe for a good close fit. 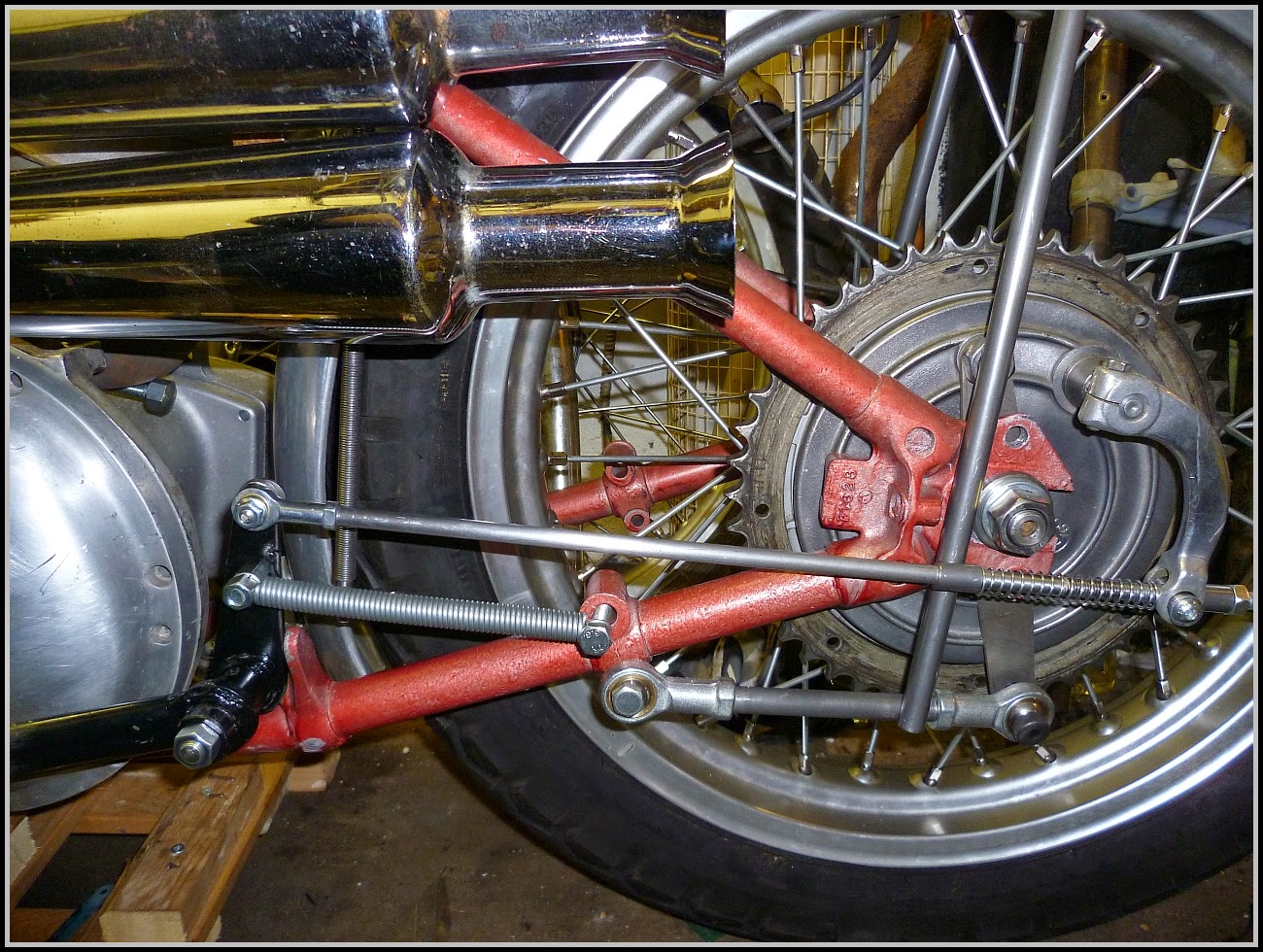 OK I know the return spring ain't the prettiest in the worls but it works oh so well and finding a regular coil type torsion spring to fit the rear brake plate has proved difficult up to now.
Brought to you by ... Quaffmeister at 07:02 No comments: Links to this post