Tom was an Invited Builder at the year's Born Free Show and credit where credit is due, the folks in charge of handing out the invites were right on the money contacting Tom.

This 650 Trumpet oozes Sixties show bike style and panache all the way from the axle plates of the chromed frame, right through to the rockers of the original 1930 H-D Peashooter springer front end. 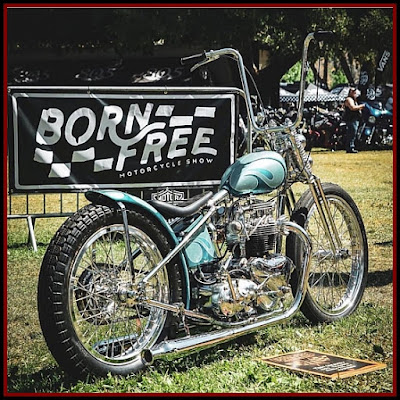 The frame is a '53 with the classic light stretch in the lower rear rails to straighten out the line from the head stock to the rear axle. The motor consists of a set of T110 cases, restraining a heavily massaged crank that saw action in a Hill Climber back in the day. This is topped off with a set of 8 stud barrels carrying an early T120 head. 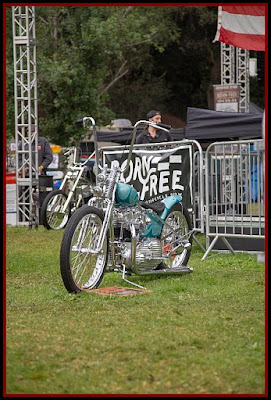 Although it was declared a winner at BF11, in the valley of the V Twins, it rightly caught the attention of the head honchos at Mooneyes as Tom received an invite to attend Yokohama 2019 and that's a validation of quality in anybody's book.